NASA’s Mars Rover is back!  Not for making any big discovery on the red planet though. An image of the Rover’s tracks reveal that it actually drew a penis on the surface of Mars. Yes, a penis on Mars!

“The Spirit and Opportunity Rovers both have six wheels and when they have to make a turn, the wheel pattern makes the phallic-like pattern. And despite its age, the Internet is still having fun with the image.” 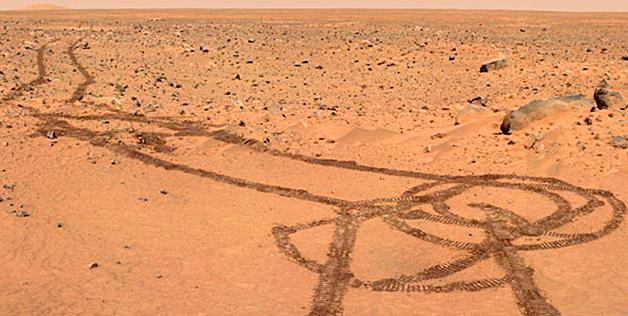 Watch Kevin Hart vs Draymond Green in a Shoot Out. You...

Rackette of the Week (22 Photos)